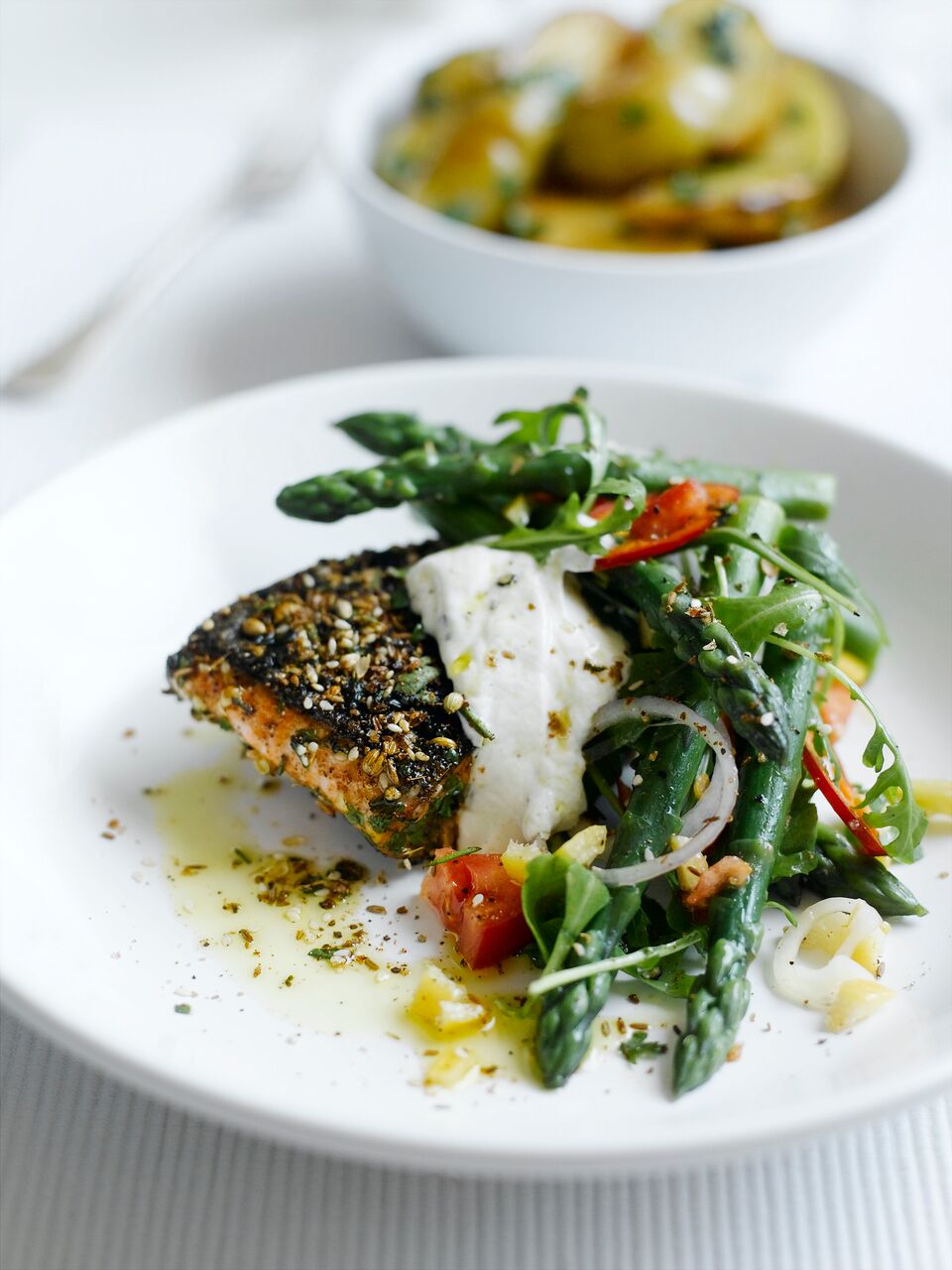 In a bowl, mix the cumin, coriander, sesame seeds, paprika, allspice, sugar and parsley. Season with salt and pepper.

Sprinkle the mixture all over the flesh side of the salmon and drizzle over the olive oil.

Bring a medium sized pan of salted water to the boil. Place in the asparagus and cook for 2 minutes. Drain then cool and set aside.

In a hot non-stick frying pan seal the salmon skin side down first, then place in the oven for 6-8 minutes.

While you are waiting for the salmon to cook, chop the lemon skin and place in a medium sized bowl. Then add the asparagus, shallots, chilli, tomatoes, rocket and a splash of extra virgin olive oil, season and mix.

When the salmon is cooked, divide between 4 warm plates, top with the salad. Finish with a spoonful of yogurt, cracked pepper and a drizzle of extra virgin olive oil.