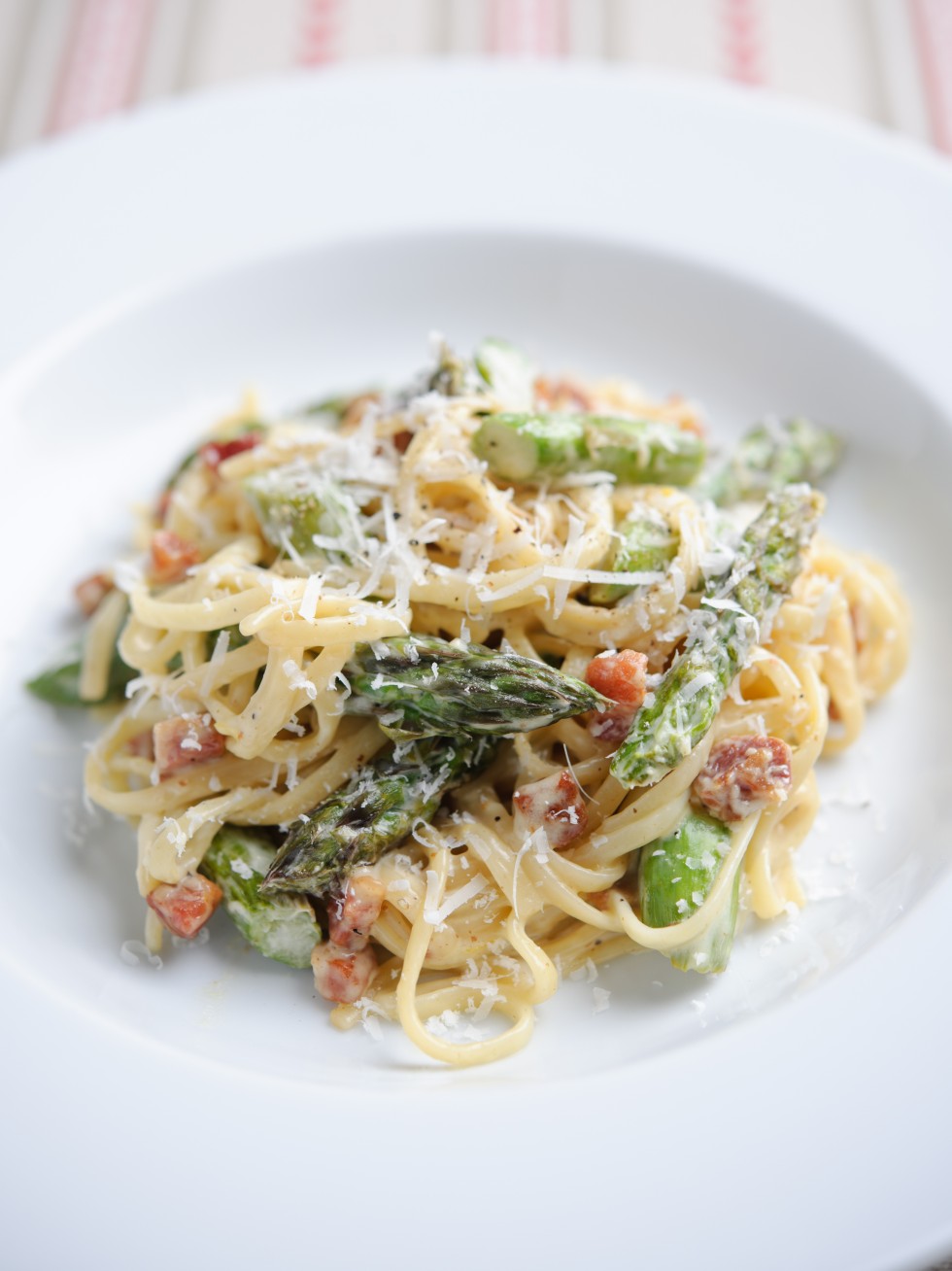 35g Parmesan cheese, holding some back to grate on top

Bring a large pan of salted water to the boil and cook the pasta according to the instructions on the packet, but cook it for a minute or two less so it’s a little underdone.

Heat a medium sized frying pan on the hob and add the pancetta. You will not need oil in the pan as the pancetta will have enough fat in it to cook in. Fry the pancetta for 4-5 minutes on a medium heat until they have become golden and crisp. Add the British asparagus to the pan and fry for 2 minutes or until it has begun to soften.

Drain the cooked pasta, leaving a few tablespoons of water in the bottom of the pan. Return the pan to a low heat and pour in the sauce and the pancetta and British asparagus mixture.

Toss the pasta in the sauce, giving it all a good mix round until it’s evenly incorporated. Serve with a good grating of parmesan and black pepper.